Should the OP be informed of an edit to his question?

Recently an old question that I had posted was edited (by someone with sufficient privilege to do so). They didn’t leave a comment, so I only became aware of this when I noticed it high on the list.

One edit was valid (a spelling mistake) but the other were gratuitous subjective typographical changes, merely reflecting the sytlistic preferences of the person making the edits. One removed an italic I was using for emphasis and the other put a full-stop outside of the parentheses the sentence was in (which ‘correction’ is against most house styles — I would say wrong).

I was also annoyed that I hadn’t been notified automatically.

Should I have received an automatic notification that I somehow missed? If not, surely it should be SE policy to inform authors of edits so they can check for damage etc.

When any of my content (Question/ answer) edited, I get notified. 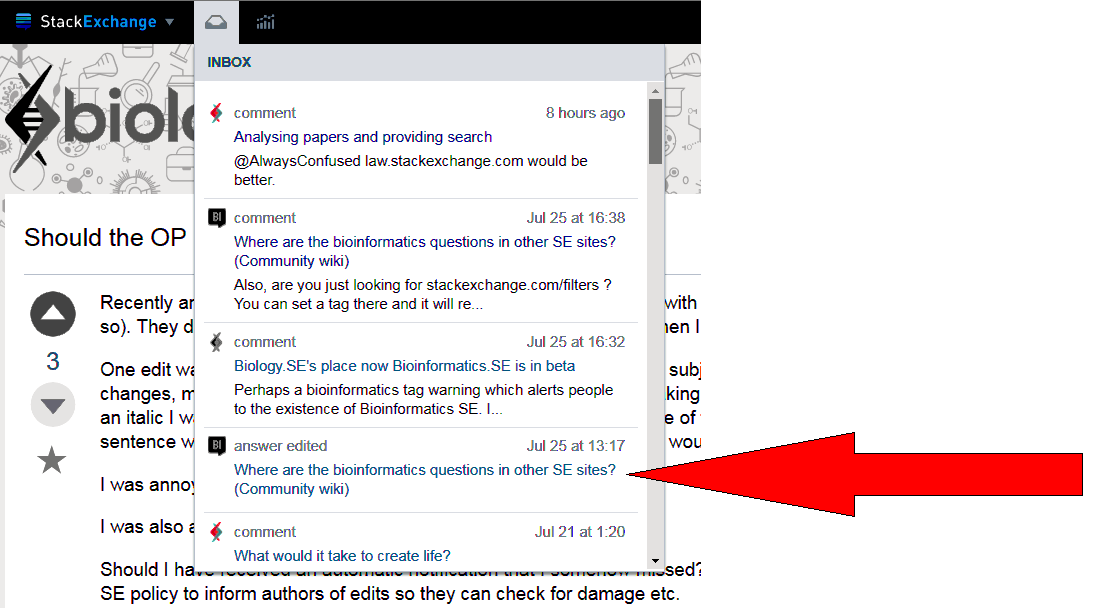 Answering my own question, it seems that I was victim or perpetrator of a computer foul-up, and had, in fact, received a message in my in-box informing me of the edit. Perhaps if I had responded I could have reviewed the edit myself.

So the system would seem to work satisfactorily.

4
Should we be concerned about the number of answers per question in the long term?
6
Who should the moderators be?
2
How to edit tag definitions?
2
Editing a question where the edit will change the question's meaning
1
Where (on the internet) should I ask for a broad question?
2
Rejected edit: Should I just write my own answer?
3
Should I edit or 'revive' poorly written posts, even if they have been downvoted several times?
1
Should this question be moved?