Are "is this picture of hippo-croc real?" questions useful for the community?

Title might suggest that I'm talking about trolling, but I'm - in fact - takling about questions asking whether quite possible mutations did really happen. The thing is, that there are lot of photos around the internet... 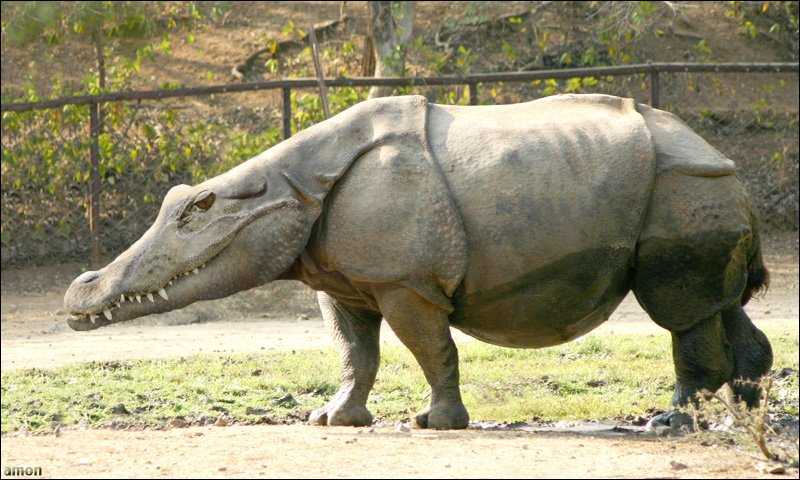 ... which may yield lot of questions.

It really depends on which community you're talking about. If you mean the wider community, then yes - a well-informed answer that increases the individual's - and any other readers' - scientific knowledge on biology is very useful. The layman has become if anything comparatively more ignorant in the 21st century, despite greater access to scientific information, as the depth of scientific knowledge has increased and scientific terminology has become almost a language unto itself.

Questions like 'is this hippo-croc a real creature' are not necessarily a joke, but rather a result of profound ignorance - replacing that ignorance with knowledge, especially a general-case answer that isn't simply 'no', is unlikely to be negative to the cause of biology and science in general.

If you mean 'useful specifically to biology students, researchers, and academics', then no. It is very unlikely that anyone enrolled in a degree, engaged in research, or teaching students will gain any significant knowledge from an answer to that question.

So really, it's a question of audience - to whom do you want the information recorded on this site to be useful?

Given the search capabilities of the site and the disparity in terms used, it doesn't seem to significantly harm anyone to have these sorts of questions being answered. As long as the normal duplicate question stack exchange guidelines are followed, building a body of knowledge that informs not just the erudite but also the ignorant seems morally superior to the alternative.

Biology Stack Exchange is for people studying biology at any level.

The question How did these apples grow together? you referred to seems to be quite appropriate to a biology student. The more interesting questions you close, the more people you drive away from this site and the longer you stay at the beta stage.

I would imagine that "Is this hippo-croc real??" will get closed pretty promptly, but "Could a hippo and a croc produce offspring?" would at least have some argument in the comments before getting closed.

after the original post is exactly the thing which drives me away from the stack exchange sites. I perceive it as the sectarian arrogance of those who "do know".

I think we can as it were set a requirement for splicing to those where it is scientifically possible and I do see value in most non-mammalian examples at this time and later as science advances so can we.

Not the answer you're looking for? Browse other questions tagged discussion asking-questions .

6
Do we accept the ecology community?
10
Etiquette for excellent but incomplete answers?
8
Discussion on the value and credibility of commonly used websites
4
Scope differences between biology and (biological) anthropology
5
How can I improve my poorly received question
2
"What are the good and bad cholesterol?" Why was this question closed?
4
Is there anything I can do to improve my question?
6
What to do about polarizing questions?