Why was the question "Is the morphology of the insertion of the gluteus minimus acquired or innate [...]" closed as unclear?

Why was the question Is the morphology of the insertion of the gluteus minimus to the greater trochanter acquired or innate? If acquired, what are the factors? closed as unclear?

No comment was left to ask for clarification, so I don't know what is unclear.

Copy of the question: Is the morphology of the insertion of the gluteus minimus to the greater trochanter acquired or innate? If acquired, what are the factors?:

{1} noted two different morphologies for the insertion of the gluteus minimus to the greater trochanter:

Two morphologies noted: The majority (11/14) were long, thin, and crescent shaped and ran medial to lateral and concave facing inferiorly, while a few (3/14) were bowtie in shape. [quote from Table 1 below from {1}]

Is the morphology of the insertion of the gluteus minimus to the greater trochanter acquired or innate? If acquired, what are the factors? If innate, which gene(s) are involved? 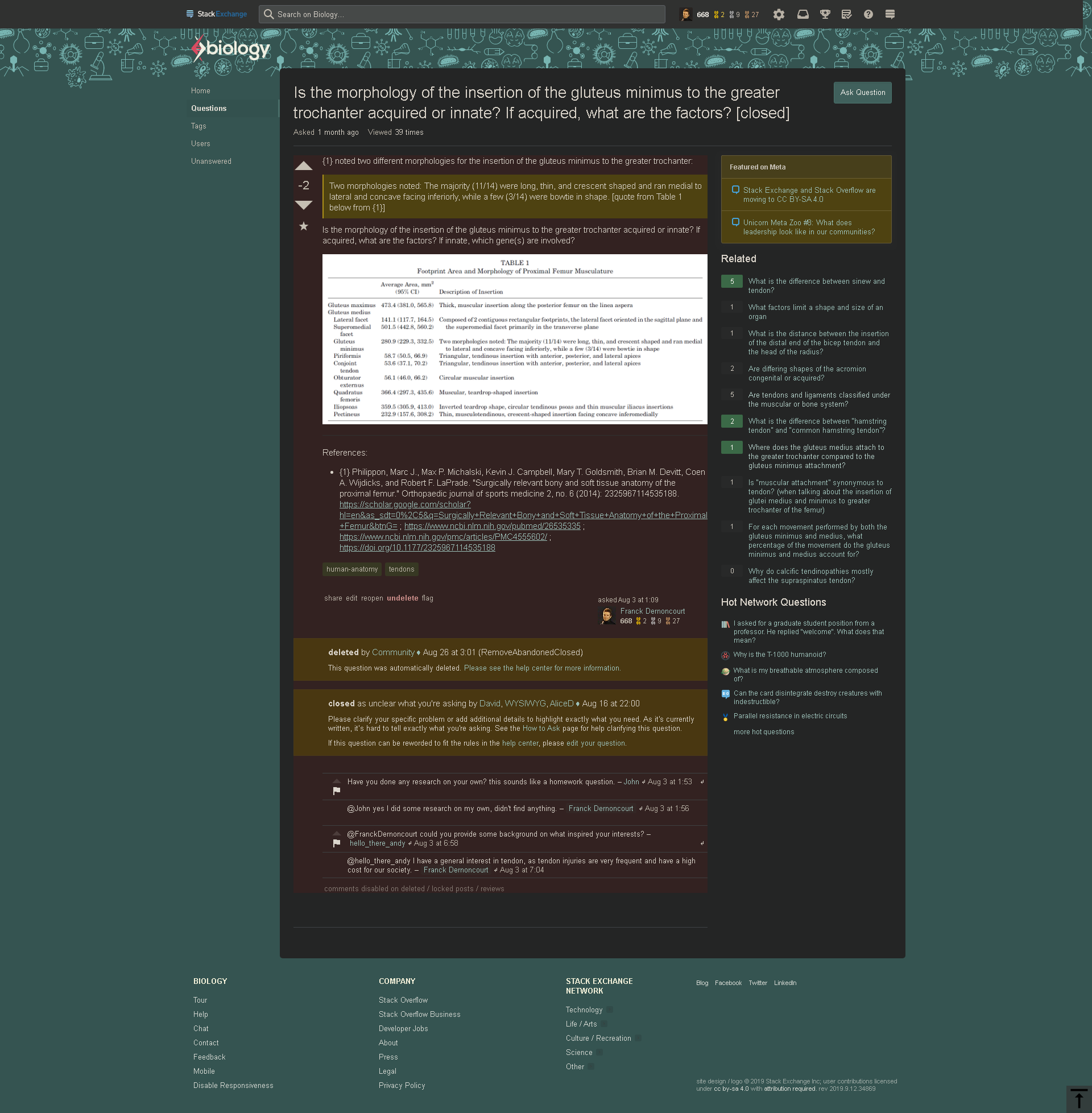 First off, there were comments placed, which are also shown on your screenshot: 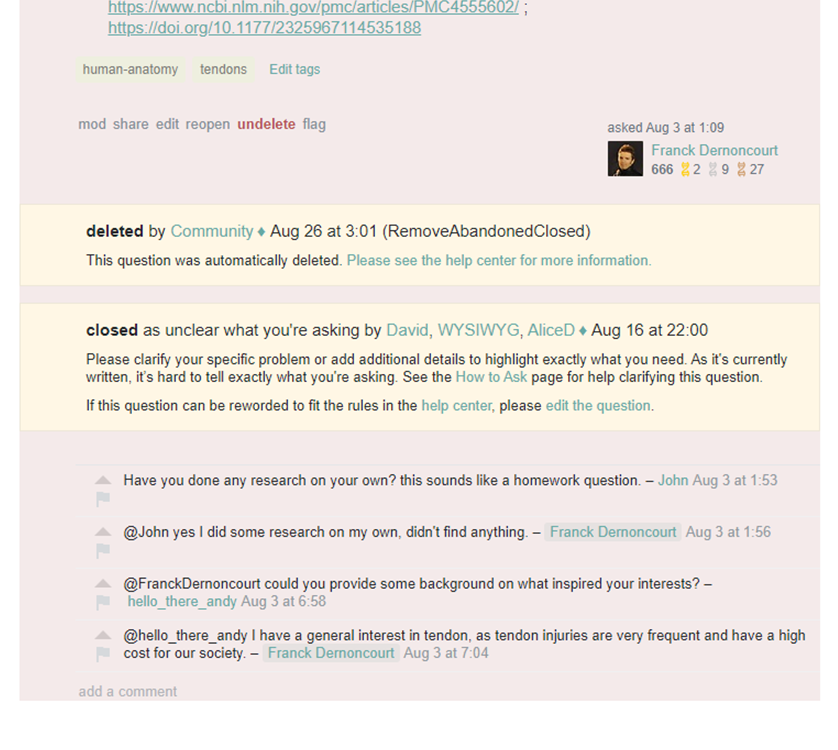 I see that I used the mod hammer, which I basically used because of a lack of research, following the first comment of John and the following comment from hello_there_andy. You noticed a phenomenon and leave it to the community to find out whether it is genetic, acquired, or both. It is an interesting question in itself, but too broad. The lack of prior research and its broadness may not be reflected in the ultimate close reason, namely 'unclear'. As a mod I often go with the flow and the previous voters probably voted that the Q was 'unclear' and if the majority of the voters chooses a particular reason, I mostly just follow through. In this case there was 'homework' vote and 'unclear' vote, so I couldn't follow the herd. Because the question is obvious not homework I chose to use 'unclear'. I might have done better by choosing my own first choice, namely 'too broad' or a custom reason, namely 'under-researched'.

FYI - Because of the downvotes, the Q would eventually have been auto-close and auto-removed by the bot anyway.

I hope this clarifies things somewhat.

Not the answer you're looking for? Browse other questions tagged discussion closed-questions .

3
Why are so quick to kill posts that could be legitimate with a little bit of rewording?
2
Unclear question? please help
2
Should older posts be judged against today's (often different) standards?
3
Policy on textbook recommendation questions?
4
Closing questions too quickly
4
Why was this question about human monogamy closed?
2
"What are the good and bad cholesterol?" Why was this question closed?
1
Why was my question downvoted?